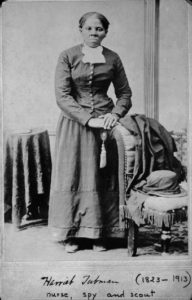 The Underground Railroad was formed in the early 19th century and reached its height between 1850 and 1860. Much of what we know today comes from accounts after the Civil War and accurate statistics about fugitive slaves using the Underground Railway may never be verifiable. It is believed that around 100,000 slaves between 1810 and 1860 escaped using the network. The majority of the slaves came from the upper south states that bordered free states such as Kentucky, Virginia and Maryland; very few escaped from the Deep South. By the mid 1850s the term “Underground Railroad” was becoming familiar, as this article in the New York Times of November 1852 shows

Why was it called Underground Railroad?

The Underground Railroad was not located underground nor was it a railroad. It was symbolically underground as the network’s clandestine activities were secret and illegal so they had to remain “underground” to help fugitive slaves stay out of sight. The term “railroad” was used because the railroad was an emerging system of transportation and its supporters used railroad code to communicate in secret language. Slaves used songs called spirituals to communicate with each other.

Homes where fugitives would stay and eat were called “stations” or “depots” the owner of the house was the “station master” and the “conductor” was the person responsible to move slaves from station to station. Those financing the Underground Railroad by donating money, food, and clothing were called “stockholders”. Here is a comprehensive list of secret codes and phrases.