By Peter McGraw and Joel Warner 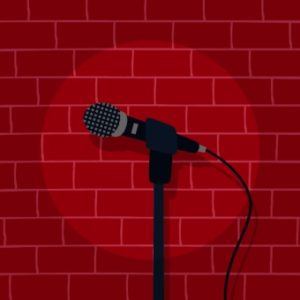 Charles Dickens thought Americans weren’t very funny. “They certainly are not a humorous people,” he wrote in 1868, “and their temperament always impressed me as being of a dull and gloomy character.”

That’s not to say there weren’t early-American humorists. Augustus Baldwin Longstreet, Artemus Ward, and Mark Twain helped craft an American strain of comedy. But their humor was marked by lengthy tales and frequent references to small-town life; this wasn’t the scathing satire of French caricaturist Honoré Daumier or the urban sophistication of England’s Punch magazine, which developed the modern concept of the cartoon. But everything changed in the late 19th and early 20th centuries. That’s when America gave birth to stand-up comedy, a new art form that would eventually change comedy worldwide. But how, exactly, did stand-up come to be?

It’s an odd sort of entertainment. There’s no narrative structure, no plot, backstory, sets, editors, or producers. It’s comedy boiled down to basics: a comedian and an audience, where you either score a laugh or you don’t. As British comedian Jimmy Carr and writer Lucy Greeves put it in their book, Only Joking: What’s So Funny About Making People Laugh?, “Stand-up comedy is a peculiar performance art form. In a room filled with people, the comedian is the only one facing the wrong way. He’s also the only one who isn’t laughing. For normal people that’s a nightmare, not a career aspiration.”