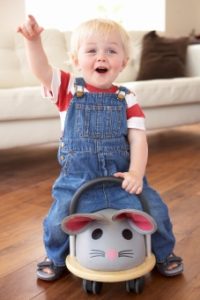 Parents who came up short hunting for a Hatchimal, the hottest toy of the last holiday season, are about to get a second chance.

A newer version of the toy egg that hatches a host of magical creatures is expected to be in-demand again this year when it comes to gifts under the holiday tree, says Walmart in making its predictions for the top 25 toy picks for 2017.

And there’s more: Kids who like makeup will be able to create their own child-friendly nail polish with the Num Noms Nail Polish Maker. And “The Force” is likely to be with Star Wars toys once again with another film installment of the series due out before year’s end.

Walmart, the biggest toy retailer in the nation, based its list on the preferences of children ranging in age from 18 months to 12 years. The most popular are again expected to include toys based on favorite television and film characters or one that children could engage with, collect, or hop on for a ride, said Anne Marie Kehoe, vice president of toys for Walmart U.S.