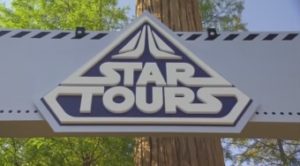 Ralph Lyles, 67, had a pre-existing heart condition, according to the Orlando Sentinel.

The incident took place on Sept. 18, but was not revealed publicly until this week, when Florida’s theme parks issued their quarterly report on safety incidents.

“The cause of death was listed as hypertensive cardiovascular disease with other significant conditions contributing to death listed as obesity,” a spokesperson told the Sentinel.

Star Tours has a sign warning people with preexisting conditions, including heart conditions. The warning is also online:

“WARNING! For safety, you should be in good health and free from high blood pressure, heart, back or neck problems, motion sickness, or other conditions that could be aggravated by this adventure. Expectant mothers should not ride.”