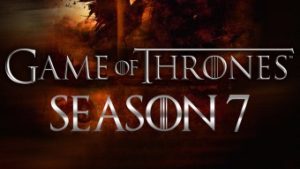 Winter may be here, but there’s a long summer behind us.

Game of Thrones returns July 16 (HBO, 9 ET/PT) for its penultimate seven-episode season, which promises to begin wrapping up the show’s many storylines. It has been quite a long journey, featuring political power plays, wars, affairs, dangerous weddings and too many deaths to count. Each season has delivered elaborate production values, shocking twists and characters fans have come to love (and probably lose). But which one has (so far) done it all best?

Ahead of its return, we take a look back at how the first six stack up.

What happens: Sons of the Harpy plague Dany, Sansa marries Ramsay, Stannis burns Shireen at the stake, Cersei is “shamed,” Arya trains to be a Faceless Man and Jon is assassinated.

The backlash that hit the Internet after Sansa is raped by Ramsay in one Season 5 episodewas impossible to miss, and afterward some viewers vowed to quit the show for good. But it wasn’t just that scene that made this year a slog. Season 5 encapsulates the worst of Thrones: Its biggest moments lean on violence, nudity and sexual assault, without much story mixed in. It was lazy writing, offensive to many viewers and added up to a grotesque and underwhelming season.