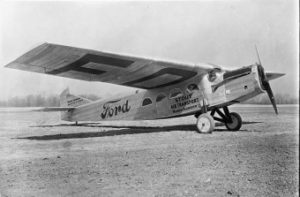 Since the birth of flight in 1903, air travel has emerged as a crucial means of transportation for people and products. The hundred-plus years following the invention of the first aircraft have brought about a revolution in the way people travel. The airline business is a major industry, relied upon by millions not only for transportation but also as a way of making a living.

Airplanes were around the first few years of the 20th century, but flying was a risky endeavor not commonplace until 1925. In this year, the Air Mail Act facilitated the development of the airline industry by allowing the postmaster to contract with private airlines to deliver mail. Shortly thereafter, the Air Commerce Act gave the Secretary of Commerce power to establish airways, certify aircraft, license pilots, and issue and enforce air traffic regulations. The first commercial airlines included Pan American, Western Air Express and Ford Transport Service. Within 10 years, many modern-day airlines, such as United and American, had emerged as major players.