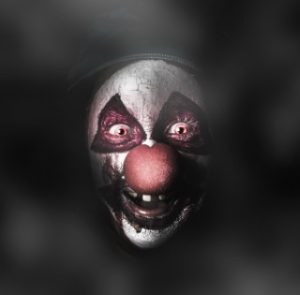 You aren’t alone in your fear of makeup-clad entertainers; people have been frightened by clowns for centuries

There’s a word— albeit one not recognized by the Oxford English Dictionary or any psychology manual— for the excessive fear of clowns: Coulrophobia.

Not a lot of people actually suffer from a debilitating phobia of clowns; a lot more people, however, just don’t like them. Do a Google search for “I hate clowns” and the first hit is ihateclowns.com, a forum for clown-haters that also offers vanity @ihateclowns.com emails. One “I Hate Clowns” Facebook page has just under 480,000 likes. Some circuses have held workshops to help visitors get over their fear of clowns by letting them watch performers transform into their clown persona. In Sarasota, Florida, in 2006, communal loathing for clowns took a criminal turn when dozens of fiberglass clown statues—part of a public art exhibition called “Clowning Around Town” and a nod to the city’s history as a winter haven for traveling circuses—were defaced, their limbs broken, heads lopped off, spray-painted; two were abducted and we can only guess at their sad fates.

Even the people who are supposed to like clowns—children—supposedly don’t. In 2008, a widely reported University of Sheffield, England, survey of 250 children between the ages of four and 16 found that most of the children disliked and even feared images of clowns. The BBC’s report on the study featured a child psychologist who broadly declared, “Very few children like clowns. They are unfamiliar and come from a different era. They don’t look funny, they just look odd.”

But most clowns aren’t trying to be odd. They’re trying to be silly and sweet, fun personified. So the question is, when did the clown, supposedly a jolly figure of innocuous, kid-friendly entertainment, become so weighed down by fear and sadness? When did clowns become so dark?