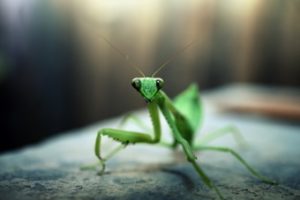 The questions that kids ask about science aren’t always easy to answer. Sometimes, their little brains can lead to big places that adults forget to explore. That is what inspired our seriesScience Question From A Toddler, which uses kids’ curiosity as a jumping-off point to investigate the scientific wonders that adults don’t even think to ask about. The answers are for adults, but they wouldn’t be possible without the wonder that only a child can bring. I want the toddlers in your life to be a part of it! Send me their science questions, and they may serve as the inspiration for a column. And now, our toddler …

This answer1 is maybe best illustrated by two unrelated studies whose authors probably never guessed they’d be used together. In 2012, scientists estimated the global human biomass (i.e., how much we all weigh) at 287 million metric tons.2 Five years later, a different group of scientists set out to estimate how much the world’s spiders were eating. They came up with a horrifying (if somewhat inexact) estimate of 400 million to 800 million metric tons’ worth of prey each year. In other words, just the subset of bugs eaten by spiders last year probably outweighs all the humans on Earth. Even if the humans are, generally speaking, a touch better off in the end.