By Nico Hines writing for The Daily Beast. 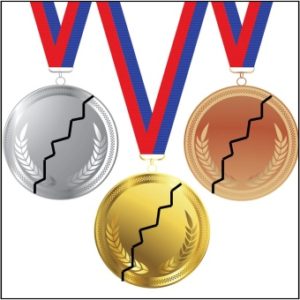 Brazil is suffering pre-Games fears, delays—and Zika—but Rio probably won’t be among the all-time most disastrous Olympics. Here are the top five worst ever.

With the Four Horseman of the Apocalypse apparently saddled up and riding toward Rio, it’s been claimed that Brazilian organizers are making preparations for the “worst ever” Olympic Games. But despite a war-like atmosphere (police killings, mass protest, and civil disobedience), and pestilence (Zika and raw sewage in the water), Rio 2016 has an incredibly long way to go to make it into the Olympic Games hall of shame.

So, who was responsible for hosting the worst Games in Olympic history? Here are the worst five, in reverse order: