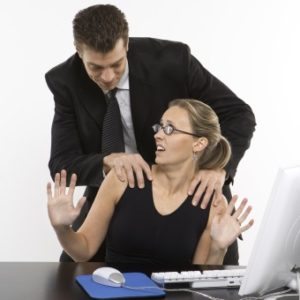 Sadly, sexual harassment is so pervasive that we sometimes don’t see it. Gender inequality in the workplace has gotten better over the years, but it’s still a far cry from giving men and women equal opportunities. As a result, despicable men often use their power and influence to coerce and take sexual advantage of women who simply want to advance their careers. This puts women in an incredibly difficult place. They are forced to decide whether to ignore inappropriate behavior that truly should be punished, or risk their reputation and career by confronting or speaking out against someone who has a much more powerful position. Many women choose to ignore inappropriate behavior, which makes these despicable men think they can get away with continuing to act like creeps and criminals. It’s turned into a disgusting cycle. (Hollywood is the perfect example. So many people knew about the entertainment industry’s dirty little secret, but did not report it.)