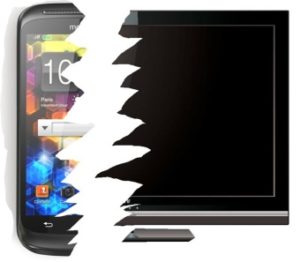 Samsung Electronics revealed Tuesday it is considering whether to split into two companies in an effort to boost long-term value for shareholders.

In a statement, Samsung says among options for improving shareholder value is to create a “holding company structure.” Samsung is also exploring whether to list the company’s shares on more international exchanges.

Samsung will beef up its shareholder return program, introduced last year. The company says it will increase dividends this year by 30%, bringing the annual amount to $3.4 billion. They will also start quarterly dividend payments next April, and allocate 50% of free cash flow in 2016 and 2017 to shareholder returns.

“We are committed to enhancing sustainable long-term value for our shareholders and to remaining good stewards of capital,” Dr. Oh-Hyun Kwon, CEO and vice chairman of Samsung Electronics, said in a statement Tuesday.

The push to boost shareholder value arrives following a pair of recalls by Samsung as well as a push by investor Elliott Management to shake up its corporate structure.

Elliott Management submitted proposals in October urging Samsung to initiate a split into a listed holding company and an operations company. “Now is the time for real shareholder value, corporate governance and transparency improvements, which we believe will help Samsung Electronics achieve an equity market valuation that properly reflects its first-class portfolio of businesses,” according to a portion of the October letter.

During the 2015 fiscal year, Samsung reported annual revenue of $171 billion, down from the previous year, with a stake in several businesses from electronics and smartphones to even life insurance. A split could allow Samsung to better specialize, says Holger Mueller, an analyst at Constellation Research. “The sum of the parts is more valuable than the whole thing together.”