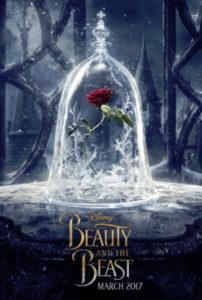 Here’s some Disney magic for you: The new Beauty and the Beast actually improves upon the animated classic.

Embracing its musical theater nature and adding depth to a familiar narrative, the live-action remake (*** out of four; rated PG; in theaters March 17) is a real Beauty. The film directed by Bill Condon (Dreamgirls) skews long — a full 45 minutes longer than the 1991 cartoon — but uses that time to unleash fresh new songs, personalize its supporting players and provide reasons for a provincial girl to fall in love with a ferociously grumpy beast.

It’s the “tale as old as time,” so most everybody already has a handle on the plot: Belle (Emma Watson) is the well-read outcast of her village who comes to the rescue of her eccentric artist father (Kevin Kline) when he’s taken captive by the Beast (played via performance capture by Dan Stevens). The former prince is now the furry resident of a rundown castle, and when Belle switches places with her imprisoned dad, she and the Beast go from distrusting strangers to fledgling lovebirds. Standing in their way are angry townsfolk and a magical rose with falling petals that acts as a countdown clock for the Beast’s humanity.