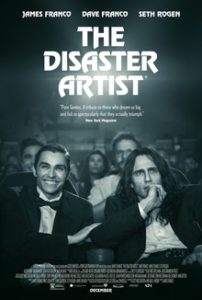 It’s a miracle that The Room not only exists but does so as a bona fide cult classic, a movie so fascinatingly bad it defies logic. At least the film paying tribute to said cinematic trainwreck is actually quite good.

A hilarious comedy with enough personality clashes and drama to give it some heft, The Disaster Artist (*** out of four; rated R; in select cities Friday, including New York, Los Angeles, Chicago, Boston, Seattle and San Francisco, opens nationwide Dec. 8) is director James Franco’s enjoyable ode to the creative process — any creative process, really. It’s also one of Franco’s strongest roles as an actor, capturing every little quirk and quality of a definite eccentric.