By Alan Yuhas writing for The Guardian. 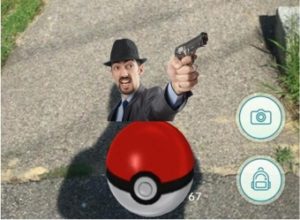 Armed robbers used the game Pokémon Go to lure victims to an isolated trap in Missouri, police reported on Sunday.

At about 2am in O’Fallon, Missouri, officers responded to a robbery report that led them to four people, all local residents aged 16 to 18, in a black BMW in a CVS parking lot. The occupants tried to discard a handgun out of the car when an officer approached, said Sgt Bill Stringer. The officer then identified the four people as suspects of similar armed robberies described in St Louis and St Charles counties.