Passover, or Passover in English, is one of the best known 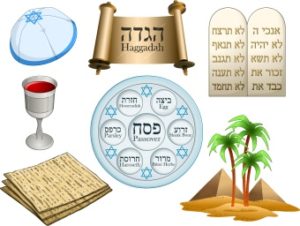 Jewish holidays, as much for its connection to Jewish redemption and the figure of Moses as for its ties with Christian history (the Last Supper was apparently a Passover seder).

Passover begins on the 15th day of the Jewish month of Nissan. It is the first of the three major festivals with both historical and agricultural significance (the other two are Shavu’ot and Sukkot). Agriculturally, it represents the beginning of the harvest season in Israel. The primary observances of Passover are related to the Exodus from Egypt after 400 years of slavery as told in the biblical Book of Exodus from chapters 1 to 15.

The name “Passover” is derived from the Hebrew word Pesach which is based on the root “pass over” and refers to the fact that G-d “passed over” the houses of the Jews when he was slaying the firstborn of Egypt during the last of the ten plagues. Passover is also widely referred to as Chag he-Aviv (the “Spring Festival”), Chag ha-Matzoth (the “Festival of Matzahs”), and Zeman Herutenu (the “Time of Our Freedom”).