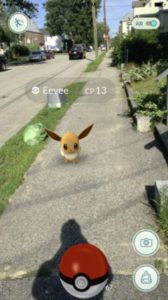 Everyone’s playing Pokemon GO , everywhere and all the time, and this is pissing bosses off.

Even here in the Netherlands, where the game has only just been released, people have been catching ’em all for two weeks thanks to an easy workaround.

Of course, being a tech-centric company with an above average nerd density, Boris the Boss — an avid monster catcher himself — noticed that lately, the TNW team have been suspiciously active: Non-smokers are joining their puffing colleagues outside, and many have to quickly “eerm… get something from the shops”.

Then came the eureka moment: It’s long been established that employees return from workouts refreshed and better focused on their jobs. Time lost on exercise is made back and more in terms of improved productivity.