BY FANG BLOCK for Mansion Global 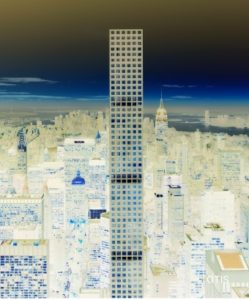 A mysterious buyer closed on two condominium units at 432 Park Avenue, the tallest residential tower in the world, for a total of $62 million.

The buyer, under the shell of Blessings Investments, paid $18.6 million for unit 82A, public records show. But the same buyer also bought 82B for $43.3 million, according to The Real Deal.