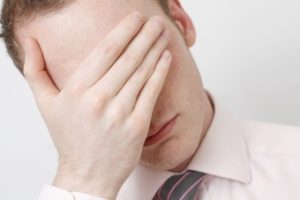 Walt Disney was fired from his first job as a reporter in Kansas City. The reason they told him: “You lack imagination.”

Oprah Winfrey was fired from her first job as a reporter in Philadelphia. The reason they gave her: “You tend to get too emotionally involved in your stories,” which of course is her signature.

Steven Spielberg, one of the finest movie producers of all time, was rejected by the L.A. School of Cinematography, not once, but twice.

All three of these people had the perseverance to overcome a situation when they failed, and they went on to become legends.

Here are five sure-fire tips to help make sure you’re learning from failure:

1. Become more sensitive to recognizing when you or your team is failing, and take a different approach. Albert Einstein defined insanity as doing the same thing over and over again and expecting a different result. It sounds obvious, but it can be easy to get stuck in this rut. Take a close look at whether your repeated steps are yielding your desired result. If not, try something new.