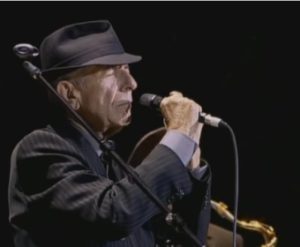 Leonard Cohen, a singer-songwriter whose literary sensibility and elegant dissections of desire made him one of popular music’s most influential and admired figures for four decades, has died. He was 82.

“Unmatched in his creativity, insight, and crippling candor, Leonard Cohen was a true visionary whose voice will be sorely missed,” said his manager Robert Kory, confirming Cohen’s death in statement. “He leaves behind a legacy of work that will bring insight, inspiration, and healing for generations to come.”

The cause of death was not released.

In songs such as “Suzanne,” “Bird on the Wire” and “Hallelujah,” and in his poems and two novels, the Montreal-born artist provided a rarefied alternative to more accessible troubadours, employing meticulous language to plumb the vagaries of the human condition.