By: Weston Williams writing for The Christian Science Monitor 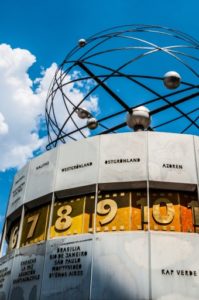 DECEMBER 29, 2016 —As 2016 draws to a close and excitement ramps up for the new year, many people are looking forward to the final countdown of 2016 into 2017. But this year, that countdown could be a little off, due to a pause known as a leap second.

The extra second, which will be added to the very end of this year, will help account for inconsistencies between super-accurate human atomic timekeeping and Earth’s natural, if less consistent, rotation speed. While atomic clocks define a second very rigidly and precisely, seconds based on Earth’s rotation are slightly off and variabledue to tidal friction as the moon’s gravity tugs on the Earth’s oceans. As a result, keeping the two timekeeping systems within 0.9 seconds of each other requires an extra second now and again to keep them fully in sync.