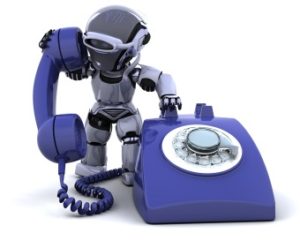 Americans continue to be bombarded with robocalls — and from all indications, the problem is getting worse.

About 30.5 billion robocalls were made last year, up 19 percent from the previous record of 29.3 billion in 2016, according to a new report on this epidemic by YouMail, a service that stops unwanted calls. Put another way, that’s more than 100 robocalls for every adult in the U.S. last year.

A majority of these robocalls (50-60 percent) were legal, such as legitimate debt collection robocalls, political and charity robocalls, as well as flight delays and prescription refill reminders. But billions were not.

“What’s scary is that about 30 to 40 percent of the robocalls are scams,” Alex Quilici, YouMail’s CEO, told NBC News. “That’s a tremendous amount of scam calls hitting the U.S. — over 10 billion in the past year.”