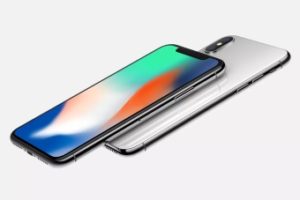 The brand new iPhone X — that’s pronounced “ten,” by the way, not “ex” — is a phone of firsts for Apple. The 5.8-inch OLED screen isn’t just larger, it also uses a different technology that Apple says will make colors absolutely pop. It’s also the first iPhone to completely do away with the iconic home button — you know, the one Apple popularized on its very first iPhone. And, it’s the first to offer Face ID as a new way to securely unlock the phone and pay in the check-out line.

The iPhone X is Apple’s only new device to nab optical image stabilization for both rear 12-megapixel camera lenses, a portrait mode on the front-facing camera (despite having just one lens and not two), and — more breezily — a new feature to animate emojis.

These are the distinguishing features we looked at when going hands-on with Apple’s newest, largest and priciest iPhone at Apple’s equally new Apple Park headquarters in Cupertino, Calif. — see for yourself in the videos above and below.

You won’t get the iPhone X’s large, OLED screen or face unlocking on the more traditional iPhone 8 and iPhone 8 Plus, which were also announced Tuesday. And that’s by design. The iPhone X’s boldness is exactly what makes it Apple’s extra-special cherry on top to mark the 10th anniversary of the very first iPhone in 2007, which revolutionized at that time everything a smartphone could be, and hurled us on the path that led to what smartphones are today.