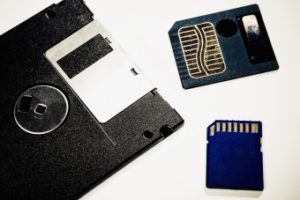 Even though funky new office equipment and gadgets are churned out almost everyday, many of the core items in offices all around the world stem from the 1970’s.

Now, before reading this post, take a look around your office and have a guess which items were invented in the 1970’s?

In 1971, Ray Tomlinson sent a number of test messages to himself from one machine to another that were sat side by side. However, the only physical connection they had was through the ARPANET, a network that also became the basis for the Internet. Little did Tomlinson know that this primitive messaging service would turn out to be one of the main ways employees communicate with each other and the outside world.

Tomlinson doesn’t remember what his first email said, but believes it would have been “QWERTYIOP or something similar”. (source)

Electric Pencil, which was released in December 1976, is said to be the world’s first word processor software for microcomputers. This innovation would replace dedicated word processors and enable offices to produce text documents on computers with the greatest of ease. Microsoft Word continues to dominate WYSIWYG software, first introduced in 1984.