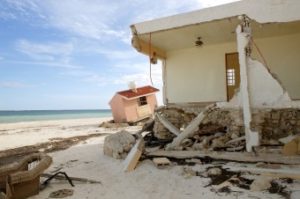 Islands throughout the Caribbean communities are beginning a long road to recovery from several major hurricanes that have ravaged the Atlantic. But Puerto Rico in particular is facing what local officials have described as a full-blown humanitarian crisis, with devastation they call “apocalyptic.”

Less than two weeks after Hurricane Irma made landfall on the island, Puerto Rico was hit by Hurricane Maria, the worst natural disaster the island has seen in nearly a century. Sixteen people have died as a result of the storm, according to the Associated Press, a number local officials expect to rise. The island has virtually no running water or electricity; around 80 percent of the island’s crops have been destroyed. Scores of Puerto Ricans are gathering around what’s left of the island’s cell towers, desperate for contact with loved ones.