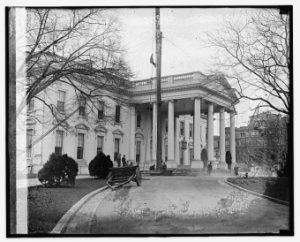 When President Barack Obama was first introduced to the residence staff at the White House—the approximately 100 maids, butlers, chefs, florists and ushers who make it tick—he had a look of surprise on his face. Like most people, he never realized how many people it takes to handle the 55,000-sq.-ft. Executive Mansion. When First Lady Michelle Obama introduced her East Wing aides to the residence staff in the elegant East Room, she told her team, “We are on their ground now.” The Trumps would be wise to turn to these staffers who have helped make the imposing building feel like a home for every First Family since John and Abigail Adams.

“You really don’t know what you don’t know until you’re here,” Michelle Obama said in a recent interview. But the Trumps are used to having household staff, and Melania Trump will not be moving to Washington for at least the first several months, so in some ways their transition may be easier than it was for the Obamas, who came from a less gilded life. While some staffers are worried that the President-elect might replace them with his own cadre of butlers, maids and cooks, most are committed to staying put.