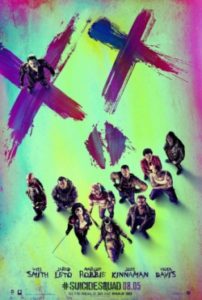 The most important person in Hollywood circa 2016 is not a movie star or a studio head. The new ruler of the American film industry is the common fan, once ridiculed as a basement-dwelling outcast, now recognized as a force to be reckoned with. That “nerds” have inherited the kingdom hardly qualifies as a recent development — it’s been years since major studios started blocking off time at San Diego Comic-Con’s massive Hall H to hawk their big-budget, geek-friendly products. But over the past year or so, the fan has revealed himself to be no kind king. He is a mad despot, issuing demands from on high and sputtering with rage when defied.

It feels like a distant memory now, but once upon a time, there was a satisfying cosmic justice to the ascendance of fan-targeted entertainment. When Sam Raimi’s immensely likable Spider-Man and Peter Jackson’s sweeping Lord of the Rings trilogy laid claim to the box-office brass ring in the early 2000s, superheroes, sci-fi and fantasy were still considered underdog genres. Kids were once shoved around for toting Star Wars lunch pails to school; a couple decades later, the prequel trilogy was the most-hyped motion picture event of all time. These pop-culture outcasts had earned their long-overdue moment in the sun.