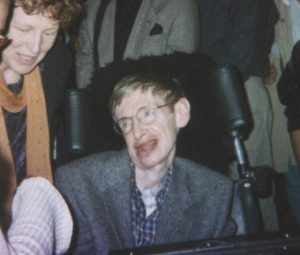 Stephen Hawking fascinated astrophysicists with his otherworldly theories. But he also blew the minds of medical experts by living with ALS for 55 years.

Accomplishments aside, Hawking was somewhat of a medical miracle. Experts struggle to find anyone who has lived longer with the disease than Hawking, the famed physicist who died Wednesday at 76.

“We wish we knew because that would give us clues to treatment,” said Dr. Lucie Bruijn, the ALS Association’s chief scientist. “His lifespan is exceptional. I think there are few — I certainly don’t know of any others — that have had such a long lifespan.”

Amyotrophic lateral sclerosis (ALS) — otherwise known as Lou Gehrig’s disease or motor neuron disease — can kill someone within a few months of diagnosis, and there’s only a 10% chance patients live more than a decade, the ALS Association says.

Some medical experts have suggested Hawking lived so long because he developed the disease so early in his life, a theory yet to be proven, Bruijn said.

“There’s no real evidence for that,” she said. “One could imagine that obviously if you are younger your body is able to cope with something that might go awry.”