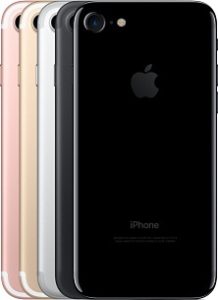 Apple hasn’t yet managed to keep up with iPhone 7 and iPhone 7 Plus demand, suggesting that the company’s new iPhones are a hit. In fact, iPhone sales in the September quarter came in slightly higher than Wall Street was expecting, even though supply of both new models was severely constrained. But even though Apple’s iPhone 7 and 7 Plus have been so far, demand for next year’s new iPhones is expected to dwarf this year’s models thanks to a massive iPhone redesign that Apple fans have been waiting for.

As exciting as next year’s new iPhone 8 and iPhone 8 Plus sound, however, new evidence suggests that Apple is working to bring an exciting new feature to its iPhone lineup that could be the biggest smartphone game-changer the world has seen since the first iPhone was released nearly a decade ago in 2007.