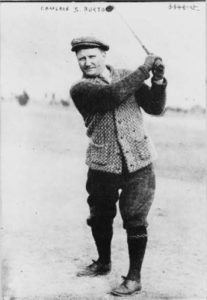 Golf began many centuries before Europeans migrated to America and, presumably, brought the game with them from across the Atlantic ocean. It took a while for the game to become popular in the United States, but the sport has thrived and grown since the late 19th century.

Golf’s history in the U.S. dates to at least 1657, when a pair of apparently drunk men were arrested for breaking windows by hitting balls with their clubs in Albany, New York. Savannah, Georgia shipping records from 1744 document the arrival of golf equipment sent from Scotland. Records from the Savannah Golf Club — which claims to be the oldest American golf club — say it was established in 1794 or 1795. According to the USGA, a club in Charleston, South Carolina was founded in 1786.

Courses Spread Across the U.S.

Most early American golf courses were crude constructions. The famed St. Andrew’s course in New York, for example, began its life as three holes laid out in the middle of a cow pasture. That started to change as well-manicured, 9-hole courses with intelligent layouts began replacing the rougher venues in the late 19th century. Most of the famous American courses of the era were in the East, including Shinnecock Hills in New York, the Newport Golf Club in Rhode Island and, by the mid-1890s, a more polished St. Andrew’s layout. But golf had already spread across the continent, including a course in Tacoma, Washington that was active by 1884.