A lot has changed since the early 1980’s, when the concept of the serviced 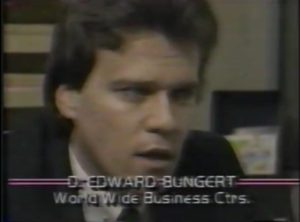 office was relatively new.  It was so new, in fact, that some TV news outlets were enthusiastic about telling the story.

One such program, Best Talk In Town, produced a segment on World-Wide Business Centres back in the day before personal computers became ubiquitous in the office environment.   Take a look at the video.  You won’t see a single one.  Any of the terminals featured are “dumb” and only connected to central processor with, if we were lucky, hard drives with 5 megs or so.