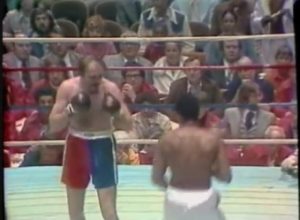 Like many fans of Sylvester Stallone’s Oscar-nominated role as Rocky Balboa in 1976’s Rocky, actor Liev Schreiber wasn’t aware of a key film fact. The unknown boxer character who gets the chance of a lifetime to fight the world’s heavyweight champion was inspired by an actual fighter named Chuck Wepner.

“I’m embarrassed to admit I didn’t know who Chuck was,” says Schreiber, who plays Wepner in Chuck (in theaters Friday in New York and Los Angeles, expands nationwide through May 26). “And I was blown away when I found out.”

Here are five important points of comparison between the two boxers: