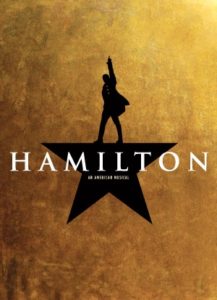 The hottest ticket on Broadway is fast becoming the most-coveted ticket across the USA.

The commercial blockbuster Hamilton will hit the road next year, and fans are chomping at the bit. They include Allison Alonso, who has seen the musical on Broadway but plans to catch it again in Boston — one of 12 cities the tour will visit in roughly the next two years. A separate production begins an open-ended run in Chicago on Sept. 27.

Alonso, a 20-year-old film and television major at Boston University, waited on the cancellation line for the Broadway staging on two separate occasions before scoring tickets in January. She arrived at 6 a.m., determined to catch Lin-Manuel Miranda’s hip-hop-infused musical about founding father Alexander Hamilton. The show, which seems destined to run forever in New York, is nominated for a record-setting 16 Tony Awards and is certain to win best musical on June 12.

“I was the second person on the line,” recalls Alonso, a native New Yorker. Nearly 14 hours later, she received the second pair of tickets released, “just before the curtain.”