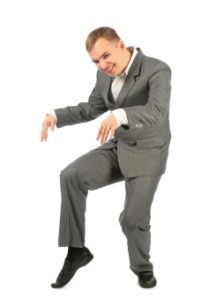 While giving keynote speeches and leadership development workshops, I am often asked how to engage employees who work in the most repetitive or boring jobs. In this post, I want to highlight an awesome individual who provides the most telling answer to that question.

The Tarmac Dancer, as he’s come to be known on social media, is stunned by his sudden viral fame, though for passengers and employees at the Greater Rochester International Airport it’s nothing new.

His name is Kyran Ashford, and he’s worked at the airport almost five years. He is employed by JetStream Ground Services, which is contracted by Southwest. Along with his killer moves as an air marshal, he also is known for wearing a giant red-white-and-blue top hat and issuing the boarding instructions to customers as a rap.