This interview with Bracken P. Darrell, C.E.O. of Logitech, 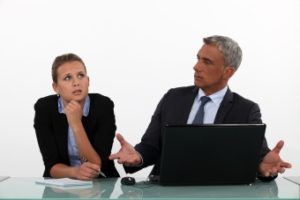 the technology accessories maker, was conducted and condensed byAdam Bryant.

Q. Were you in leadership roles at a young age?

A. I grew up in Owensboro, Ky., a city of about 50,000 people. I ended up in leadership roles because I grew up very fast. I was about the height I am now when I was 12. I was a good athlete, and people literally looked up to me. You probably get addicted to that.

I played center on the basketball team when I was in sixth grade. By the ninth grade, I was playing forward. By my sophomore year, I was playing occasional point guard. But I really liked leadership, so I moved into other leadership roles, including student body president of my high school, which was about 1,600 kids. That’s really where it started.

Tell me about your parents.