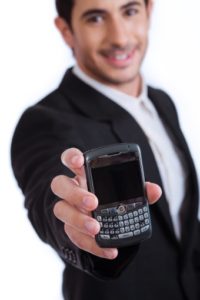 It’s the end of an era for BlackBerry.

The Canadian company, which helped usher in the smartphone race nearly 20 years ago, on Wednesday confirmed it will no longer manufacture the iconic handheld device. Instead, it will outsource hardware development to partners. BlackBerry CEO John Chen says the company will prioritize software development, including apps and security.

“We are reaching an inflection point with our strategy,” Chen said in a statement. “Our financial foundation is strong, and our pivot to software is taking hold.”

BlackBerry made the revelation during its second-quarter earnings report, in which its revenue of $352 million missed Wall Street forecasts compiled by S&P Global Market Intelligence. Non-GAAP earnings per share were even for the quarter, beating analyst estimates of a loss of 5 cents a share.