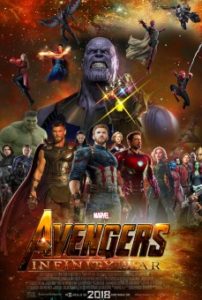 There have been all sorts of magical weaponry, cool powers and memorable superheroes in the last decade of Marvel movies. But it’s six mythical gems and one obsessive cosmic villain that tie everything together.

Avengers: Infinity War (in theaters April 27) boasts more good guys than have ever been in a Marvel Cinematic Universe project before, and they’re all going to have to be at their best to beat Thanos (Josh Brolin), a dude wielding a legendary metal glove called the Infinity Gauntlet that holds the all-powerful Infinity Stones: Space, Power, Reality, Time, Mind and Soul.

We get it, that’s a lot to take in, especially if the only cool glove you’ve ever known is Michael Jackson’s silver number and all you’ve seen of this massive narrative is Black Panther. Here’s what you need to know about the Avengers’ biggest baddie to date and those six twinkly baubles he’s hunting.

CLICK TO READ THE FULL ARTICLE AND SEE THE VIDEO