A virulent strain of a banana-destroying fungus that has threatened 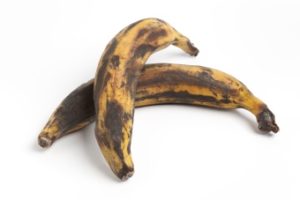 banana crops in East and Southeast Asia is making its way around the globe and has scientists warning of the fruit’s extinction.

According to a study appearing in the online science journal PLOS Pathogensby researchers at Wageningen University in the Netherlands, a strain of the soil-borne fungus Fusarium oxysporum f.sp. cubense—also known as the Panama disease–has the potential to wipe out the world’s $11 billion banana industry.

Tracing the genetic makeup of the fungus, researchers found that a single clone of the Panama disease fungus called Tropical Race 4 is killing the Cavendish banana –the world’s most popular variety and one you see at the grocery store.