By ANNIE PALMER FOR DAILYMAIL.COM 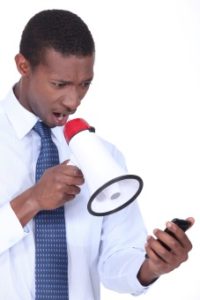 Apple just can’t seem to get away from its battery throttling controversy.

The tech giant now faces some 60 lawsuits from users that claim Apple slowed down older iPhones to make them buy new ones.

At least 32 lawsuits had been filed against Apple in January and, since then, the number has continued to climb.

Many of the lawsuits are seeking class-action status.

Plaintiffs argue that Apple didn’t fully disclose the ‘nature and scope’ of the battery problems to customers, according to the Wall Street Journal.

They also allege that the firm failed to tell consumers that if they upgraded to a new iOS version, Apple would automatically install a feature that impacts the phone’s speed and performance.

Apple admitted last December that it slows down phones to extend their life and to stop them from shutting down as batteries age and become less effective.

For years, consumers had complained that their iPhones seemed to slow down once Apple released a new model.