By by Rich Brown writing for CNet 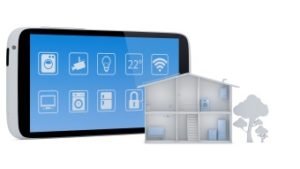 How about a good, old-fashioned technology arms race?

You could just buy a smart light bulb set, but for a lot of consumers (reportedly more than 5 million of you, as of November 2016), it’s Amazon‘s voice-activated Alexa that will be the entry point for controlling devices around your home.

Along with Amazon, Apple continues to grow its Siri-powered HomeKit smart home system.Google has also entered the fray with its own blandly named smart home AI, Google Assistant, which featured prominently in Google’s Echo-imitating Google Home speaker in November 2016.

That’s a lot of industry power competing to put a virtual assistant in charge of your home, and that’s why our scoreboard for tracking new smart home devices announced at CES 2017 is focusing on voice control.

The scoreboard captures both quantity and quality of new devices, the latter based on the importance of each announcement to its respective platform. Check back every morning at 8 a.m. ET or 5 a.m. PT for your daily update.