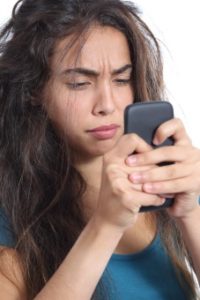 Have a love/hate relationship with your iPhone? Fix it by stopping these bad habits!

As of June 2017, Apple had reportedly sold 1.2 billion iPhones worldwide.

That’s quite a few sales in just 10 years. Forbes estimates that the smartphone brought in about $738 billion over that time frame, and while Apple has picked up a few major competitors over the last decade, the company still produces the world’s most popular smartphone.
Still, many consumers make fairly basic mistakes. If you’ve had an iPhone since the beginning, you probably think that you’ve got a fairly solid understanding of how the device works.
You’re probably wrong. We reached out to some iPhone experts to find out what we could be doing differently with our phones—and which mistakes are most likely to result in a costly repair.