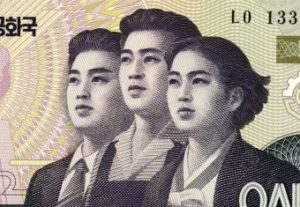 As tensions between North Korea and the U.S. mount, curiosity about what life is like there has increased.

There’s a lot about North Korea that the world doesn’t know, largely because of the governing regime’s intense control over its citizens and its wary approach to outsiders. But between satellite images, North Korean citizens who fled to other countries, and the small number of people who have managed to visit, a picture of everyday North Korea has slowly emerged.

A view from space, for instance, revealed that North Koreans have experienced a continuous lack of steady electric light across the country at night over the past few years. Other glimpses have shown a crippling famine that lasted for decades, leading to around three million deaths and a continued legacy of starvation.

Eunsun Kim, who escaped with her mother when she was 11 years old, says the country’s indoctrination begins the moment a North Korean citizen is born.