By Alison Nastasi writing for Flavorwire 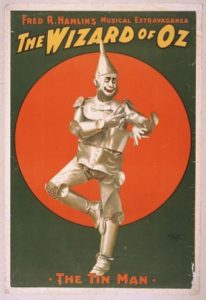 It was a modest box officer winner when it was released on this day back in 1939, but MGM’s grand Technicolor fantasy film, The Wizard of Oz, won the hearts of millions more when it debuted on TV for the first time in 1956. It became an annual tradition for many families to huddle around the telly and watch the tale of a girl and her dog traveling the Yellow Brick Road. We’re honoring the film’s theatrical release with an epic list of facts, many strange but true, that shed light on one of cinema’s most beloved movies.

2. Judy Garland had to wear a corset in order to appear more childlike for her role as Dorothy. She was 16 years old when she made the movie.