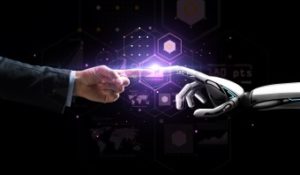 Dean Kamen is an American ‘serial inventor’ and entrepreneur and is probably best known for being the man who invented the Segway (thanks Dean!).

The first segway, code-named ‘Ginger’, was launched in December 2001 in New York with the unveiling broadcast live across the US on ABC’s ‘Good Morning America’.

Dean led a team who developed the Segway’s unique ‘Dynamic Stabilisation’ system which monitors the riders centre of gravity around 100 times a second and balances itself.  It’s a pretty incredible piece of engineering!

But that’s not all Mr Kamen has done, he holds over 400 patents.  Some of his less well known inventions are just as weird and wonderful as our favourite 2 wheeled machines.  Here are just a few of his amazing machines.

Dean had a history of creating medical devices long before creating the Segway, including the iBot.  The iBot has two sets of powered wheels which can rotate around each allowing the machine to ‘walk’ upstairs.  It also contains sensors and gyroscopes which mean the chair can stay balanced whilst making manoeuvres on uneven ground, climbing up curbs or even raising the user up to eye level.

This technology led onto the segway itself.  The iBot was even code-named ‘Fred’ as in Fred Astaire, the dancing partner of Ginger Rogers after whom the first segway was named.

Sales of the wheelchair were discontinued in 2009, however, Toyota went into partnership with Kamen last year to work on a new, improved, lightweight version of the chair aimed at helping wounded military veterans.