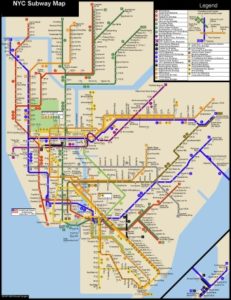 The heart of New York City may be Times Square, but its lifeblood is its subways. Comprised of more than 600 miles worth of mainline track, New York’s intricate transportation system whisks an estimated 5.6 million commuters across the five boroughs every weekday.

These days, the subway system’s legacy runs as deep as the subterranean tracks themselves—and plenty of pieces of little-known history date back to before today’s subway even existed. Here are 12 subway secrets you should know: